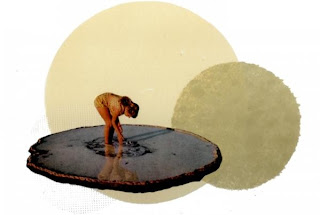 Blogpop. It’s a term we referenced a few days back – slightly quirky, off-kilter pop music, usually birthed out of some sort of electronic base with beats and a floaty or slightly hazy atmosphere to it. There’s a lot of this stuff out there, partly because these days it’s so easy to do. Teenage boys and girls can do it in their bedrooms with ease, instead of other mischief that teenage boys and girls usually do upstairs when the parents are out. Then once the kids have made their musical babies, a swift bit of work on the internet and hey-ho with a bit of luck, you’re out there on the blogs.

The trouble is though, there’s far too much of this blogpop and much of it is very very average. Thankfully Purity Ring seem to have taken their name to heart and concentrated on making their bedroom based glitchy computerisations worthy of listening rather than getting on with anything more sordid. As a result blogs are picking up on them left, right and centre and at the risk of following the crowd we’re doing exactly the same, because Purity Ring very much fall into our category of fresh, cute, oddball, synthtopia with a twist in its tale that actually makes us want to go and make babies.

Purity Ring is Corin Roddick (music) and Meghan James (vocals). Check out the tracks below. Ungirthed will be released as a single on Monday, together with Lofticries as its B-Side through Transparent. There’s also a heaving and heavy remix from Manchester’s latest purveyors of cold-rave - Christian Aids - who despite owning the mystery / enigma band tag, we are led to believe contain amongst their number an ex-member of another Breaking More Waves kooky electro pop favourites - Run Toto Run who alas seem to have called it a day for now.