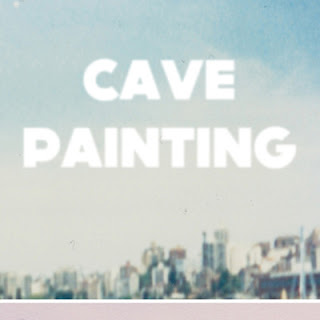 One of the criticisms of new music blogs is that in their constant search for fresh faced bands and up-to-date music there’s a tendency to get knicker-wettingly over excited about artists on the basis of just one or two songs. Then later when the artist doesn’t live up to initial promise, blogs are kicked for over-hype. But someone has to make the first call. Otherwise we’ll all drown in a sea of James Blunt and Pigeon Detectives new releases.

So we make no apologies for introducing Brighton five-piece Cave Painting on the back of just two songs we’ve heard, one of which – Midnight Love – we’re streaming below. The other Leaf you can download for free from Bandcamp here. This band will probably disappear into the dark chasms known as what-ever-happened-to-them obscurity but for now we’re taking a punt.

With a tribally rhythmic vocal intonation that’s almost African in manner combining with downtempo guitars and drums that hold a weary heaviness on Midnight Love, Cave Painting's indie tunesmithery wields understated atmosphere that after several listens grows into something rather tranquil and persistent.Let’s keep our fingers crossed that this little bit of hype was justified, but if over time it wasn’t, at least we can enjoy this song.