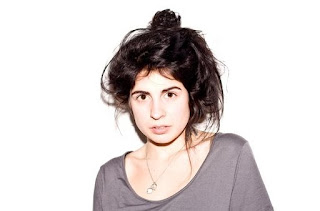 Annabel Jones aka Bluebell is a new songstress that we’ve become pretty enamoured with over the last few days, all because of a song called Normal Heights – a classy piece of heartfelt rhythmic keyboard based pop music. If Annabel’s name or voice seems familiar then there are reasons for this. The 22 year old is the youngest of four daughters of Davy Jones, lead singer of 60’s manufactured TV show group The Monkees. She was also the lead singer of Lady and the Lost Boys who in their time played gigs with the likes of The Walkmen, King Charles, Broadcast 2000 and James Yuill before they split.

Having spent some time in Los Angeles, Annabel is now back in the UK and is just starting to get her new solo material out there, although to be strictly correct we should note that there may be a second half of Bluebell – some sort of mysterious co-writer. Normal Heights is Bluebell's first song to be placed on line for the blogging masses to devour if they so wish. We’re delighted to eat this one up, as well as the pieced together video which streams below, full of nostalgic holiday footage, swimwear and d-i-y camera work that combines well as the song gradually builds to a lushly orchestrated synthy build. Good stuff. Bluebell currently has one live show confirmed at the Underbelly, Hoxton, London on June 7 and no doubt more material and gigs will surface in due course.

Email ThisBlogThis!Share to TwitterShare to FacebookShare to Pinterest
Labels: Bluebell