Delta Maid - Under Cover Of Darkness 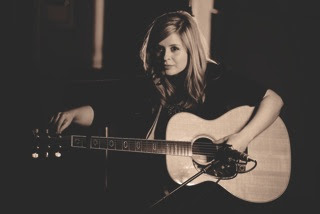 A few hours ago in the UK Dolly Parton was trending on twitter, so this post seems (even if we say so ourselves) very well timed. Take a musical blender, press the buttons marked The Strokes, country, blues and of course good old Dolly herself and the results will be the musical smoothie that is Liverpool chanteuse Delta Maid. She’s recently recorded a version of Julian & Co’s boogie tune Under Cover Of Darkness and as you listen you’ll see that she has very much put her stamp on it.

Delta Maid could be accused of plain imitation – her American reference points are so obvious, but in the UK where these days it seems that every young boy or girl that has discovered folk and roots music and can play acoustic guitar is jumping on the bandwagon driven by the likes of Marling and Mumford, it’s nice to see someone doing something a little bit different with it.

As we mentioned in our previous post (here) on Delta Maid, her album is due May 9.