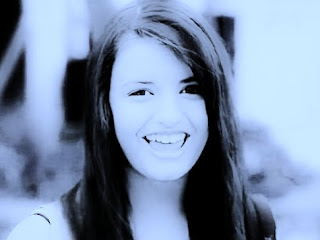 Two of the fundamental ways that technology has changed music is in the methods it is distributed and made. Rebecca Black has secured her 15 minutes of fame in the annals of pop history with the horrendous Friday. It’s a song that has taken elements of pop manufacture and circulation to the ridiculous by auto-tuning a teenage Bieberesque piece of dross to new levels of absurdity and bagging 79 million hits and counting on You Tube. The hits didn’t equate to sales though , in the UK the song stalled at number 61 in the charts – a word of warning perhaps to any band who is getting lots of internet hits on whatever media they are using. Sometimes people prefer to slow down and watch a car crash rather than visit a gallery of beautiful paintings.

With technology making it so easy to write, record and produce material it was perhaps inevitable that somebody would attack the Rebecca Black song with PaulStrech software and rather like the Justin Beiber U Smile (800% Slower) track the results are pretty impressive. Friday Slowed Down x5 (streaming via Soundcloud below) sounds like waves crashing on a shingle beach before retreating back to sea, overlaid with a sinister creepy ghost-vocal which could easily form the soundtrack to a horror movie; the next episode of Friday the 13th would be the obvious choice. Things get even scarier around the 14 minute mark when the slo-mo rap comes in. It is the sound of living hell, which thinking about it, the original is as well - although this new version is a far better kind of hell. And whilst we’re talking demonically about Miss Black, also worth a watch is this video remix of Friday by Blood Drunk Studios which will probably scare the dickens out of you with its Chris Cunningham styled evilness. Now, we’re done with Rebecca Black, it’s time to move on with some quality music.

Just a thought though – has anyone tried speeding up a Salem track? Maybe it’s actually Katy Perry slowed down?