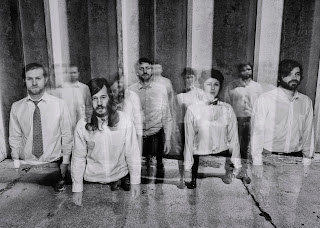 If you’re a fan of the likes of The National and Fleet Foxes, but also enjoy the widescreen soundscapes of bands like Sigur Ros, then Other Lives are about to make you fall completely under their spell. Welcome to, quite possibly, your new favourite band.

We’ve labelled Other Lives as a ‘New Wave’ but that’s not strictly true, for this five-piece from Stillwater, Oklahoma have been around for a while. Having formed from the ashes of another band – Kunek – they put out their debut long player back in 2009. Later this year they’re due to release their second album Tamer Animals and we can confirm that it’s a flawlessly subtle piece of work that becomes even more giddying and beautiful with every listen. Tamer Animals sounds like a labour of love where the band has ensured that every detail, every moment is perfectly formed. With lush strings, horns, pianos and organic instrumentation combining with calm harmonies there’s a rich and deep seam of masterful drama created through what Other Lives do. It’s a record of superior quality that deserves to be owned in its entirety – no buzz band one song free downloads and multiple remixes by cooler than thou producers are required here. Other Lives are not about blog hype overload based on one or two songs, but of slow-burn breakthrough. Those who give their songs the most important ingredient of all - time - will find themselves caressed and coaxed into some sort of oblivion of wonder with this record.

If you become a fan, you’ll be in good company. Thom Yorke of Radiohead has already singled out the band for attention via Radiohead’s Dead Air Space blog and the band have just set out on a series of dates with The National, The Decemberists and S.Carey (Bon Iver). We also hear that the group should be playing some low key shows and festivals in the UK later this year. We’ll see you down the front for one of those.

This is our first post about Other Lives. We suspect there will be many more. Get ready to own them before they own you.

Email ThisBlogThis!Share to TwitterShare to FacebookShare to Pinterest
Labels: Other Lives

You are totally right--amazing, amazing amazing band, except Kunek is spelled without a "c". HAHA

Thanks anon. Error corrected :) Damn writing these blogs at breakneck speed at stupid o'clock in the morning on very little sleep :(