Monarchy - Gold In The Eternal Fire 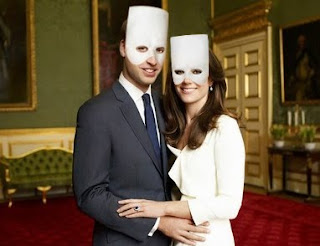 Look, there really is only one possible track we can post today. We suspect we won’t be the only blog doing this. Apparently there’s a wedding happening somewhere.

We could post some thoughtful debate discussing how society has lost its innocence and how the public perception of the UK monarchy has changed over the decades, from the halcyon days of Queen Elizabeth’s coronation into today’s celebrity, media and greed obsessed culture, and how this culture has influenced the UK’s thinking on the royal wedding.

We could also debate how William and Kate have a chance in the future to create a new royal family fit for today’s streamlined fast moving communities. How they have the intelligence and modern substance to do it, with Kate being the first royal bride to have a university education and being the first to live with her husband before marriage.

However this is a music blog, not a commentator on today’s society, so instead here’s something very appropriate for the day. Monarchy have the right name and in a side-step of near tribute have recorded a version of The Bangles No.1 hit single Eternal Flame and mixed it up with their own song Gold In The Fire. Will and Kate, this one’s for you. When you sign those contracts of love, make sure you read the small print. We hope that your fire for each other is eternal.

Gold In The Eternal Fire from Monarchy is a right royal free download for you below.

Gold In The Eternal Fire by Monarchy
Posted by Breaking More Waves Blog at 08:30