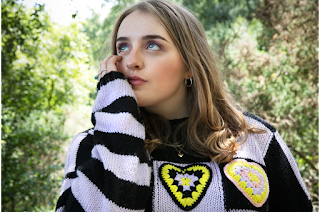 The 10th and final One to Watch for this year is Nell Mescal.

Nell is also the 5th of the 10 artists that has been featured on the blog in the past.

If you read that blog post (click here to read it and find out more about her) you’ll know that Nell is a singer songwriter from Maynooth, County Kildare, Ireland. What you may not know is that she’s duetted with Phoebe Bridgers at Brixton Academy (you’ll see how she managed that and the connection in the previous blog post) and she just finished a tour (yesterday) supporting Phoebe Green.

Like many of the artists on this list, she's still very new in terms of output. She’s released just 2 songs so far. One, Missing You in 2020 and Graduating in 2022.

Nell is the second artist on this list that has recently signed for Q Prime Management (the other being The Dinner Party) and they join a small but perfectly formed roster in the UK that includes Foals, The Murder Capital and Declan McKenna.

With a beautiful voice and clear songwriting ability it’s clear that even after just those 2 releases Nell is going to be One to Watch in 2023.

Posted by Breaking More Waves Blog at 18:00 No comments:

Email ThisBlogThis!Share to TwitterShare to FacebookShare to Pinterest
Labels: Nell Mescall, Ones to Watch 2023 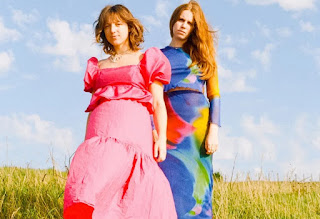 If you follow Breaking More Waves on Twitter (@BMWavesBlog) you might already know that there’s a lot of love in these parts for Prima Queen. They’re one of the bands I’ve seen most in 2022 (4 times) and the band released 2 of my favourite songs of the year.

First there’s the rockier Eclipse, a potent uplifting indie anthem with some of the most honest (possibly too honest for these easily shocked ears) lyrics you’ll hear all year: “You said the sky looked like magic, and we kissed in the half-light. We found the perfect view off trail, it was the first time I had sex outside,” being just one example.

Even better is the partly spoken-word story of Butter Knife, a song about a relative and their passing, which is made even more touching as the memories are of someone who is losing their own memory due to Alzheimer’s. It’s a sad, beautiful, open song and is truly touching. If the relative knew that a song like this was going to be written about them I’m sure they’d be incredibly proud.

Prima Queen is a band fronted by two friends, Louise Macphail from Bristol and Kristin McFadden from Chicago. They've already supported the likes of Wet Leg, The Big Moon, Dream Wife and Billy Nomates. What sets them apart from much of the indie crowd is that they are clearly super talented musicians; their songs are wonderfully composed and played with real skill,  If they continue to release tunes that are anywhere near as good as Eclipse and Butter Knife in 2023, they have to be Ones to Watch.

Email ThisBlogThis!Share to TwitterShare to FacebookShare to Pinterest
Labels: Ones to Watch 2023, Prima Queen 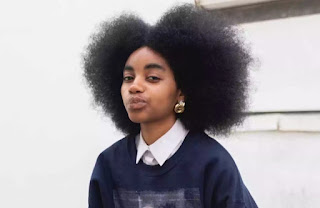 Having released three songs in 2020, she’s now in to double figures. A few years back this wouldn’t have really classified her as a new artist anymore, but the trajectory for artists now is often longer, slower and harder.

Her most recent EP A Mosh Pit in The Clouds gives a good idea of what Flowerovlove is about. It’s quirky, charming pop with an edge. It sounds like it was created live rather than through endless rounds of studio over production. It twists and turns and is full of ideas. Songs like I Gotta I Gotta and All The Same have a space to them that allows the songs to be much more direct. There’s a skippy cute lightness to what Flowerovlove does and it’s rather engaging.

Joyce has already been named as one of Vevo DSCVR’s Artists to Watch for 2023, and one of the key artists of Dork’s Hype List 2023 so she’s clearly getting some music industry backing. Now this little non-industry blog is putting her name down as One to Watch 2023 as well.

Flowerovlove - I Gotta I Gotta

Flowerovlove · I Gotta I Gotta
Posted by Breaking More Waves Blog at 16:00 No comments:

Email ThisBlogThis!Share to TwitterShare to FacebookShare to Pinterest
Labels: Flowerovlove, Ones to Watch 2023 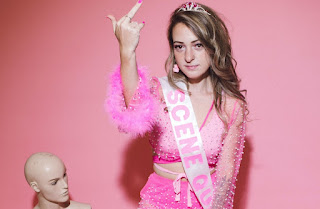 It’s very rare that metal is featured on Breaking More Waves. It’s even more unusual for it to be featured on the annual Ones to Watch list. In fact, this is a first.

But then Scene Queen is no ordinary metal act. She puts the the fun and feminism back into what can be a very male scene. There’s also a big pop sensibility to what she does and perhaps that’s why she’s on this blog.

Imagine Ashnikko if she let her inner rock beast out. Imagine a vastness of pink. Imagine a queer-metal-hyper-sex-agrressive-funny-over-the-top-queen-of-misfits.

That is Scene Queen. Real name Hannah Collins from the USA.

The story so far includes a bunch of songs like Barbie & Ken, Pink Rover and Pink Panther taking off online and 2 EPs resulting from it (Bimbocore and Bimbocore Vol. 2). There’s been a recent tour of the UK supporting Wargasm. Some headline shows. A slot at The Great Escape festival. Some of the most entertaining lyrics you'll have heard in 2022.

What remains to be learnt is if Hannah sees Scene Queen as a short-term project or something more long-term. If it’s the later and more releases / tours follow in 2023 she’ll be one to watch.