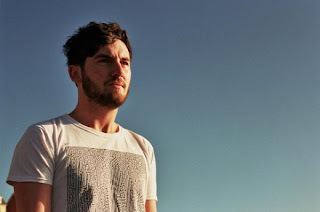 Channel Swimmer is an artist whose name perfectly reflects his music – it’s warm, lazily good and full of dreamy sunshine coastal vibes. There are whispers to the likes of Washed Out, The Go Team and Gold Panda in what Channel Swimmer creates. It’s a cliché we know, but his music really is perfect for golden days that merge into mellow hazy nights and watching sunsets on the beach with your loved one.

Channel Swimmer is one Mathew Mayes, a 24 year old Welsh DJ, producer and electronic musician who used to go under the name Organ Morgan, creating tracks using his record collection as a starting point. He received a fair amount of blog love at the time and found support from the likes of BBC DJ’s Tom Robinson and Bethan Elfyn.

In 2009 Organ Morgan became Channel Swimmer as Mathew began working towards recording a 26 track album with one track for each letter of the alphabet from A-Z. He’s also constructed a number of remixes including Tin (The Manhole) by Everything Everything and more recently Breaking More Waves favourites Polarsets song Sunshine Eyes, which streams and is available for free downlaod below together with two other works.

Listen to the warm, nostalgic sound of Charade which samples Donald Fagen’s classic tune I.G.Y, turning it into a dreamy, cotton wool wrapped piece of bliss and you’ll know that summer is on its way. Then let the whistles, bongos and chanting of Zulu take over and forget about the return of acts like The Avalanches, instead letting yourself drift into another world with this peachy piece of music.