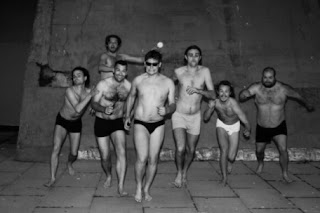 Over the past few months when Breaking More Waves dares to rear its ugly head to bash out a few words about a new band or artist that is getting me all-a-fluster. there’s a good chance that I’ve selected one of the current crop of new alternative guitar bands that seem to be popping up all over the place at the moment. That’s not to say that I’ve fallen out of love with other genres of music, not at all, but undeniably there’s been a resurgence in groups making edgy, peculiar, brilliantly noisy tunes that are equal parts unlistenable and highly listenable. It’s the sort of shouty stuff that thrives in small sweaty clubs and pubs across the land – although it would perhaps be quite amusing to see Black Country, New Road play the London 02 Arena.

Today I’m introducing another from this crop. They're called Keg.

Keg are a 7 piece collective from Brighton who throw everything imaginable into their bonkers music. A frenetic riot of guitar, keys, 100mph drumming, trombone, shouting, mad cap dancing and even some playing of the seashell all fight for space in their sound and live shows. It’s the sort of oddball WTF pop that will make your head spin as it thrusts and jerks into your brain. You can hear it all on their recently released Assembly EP (via Alcopop! Records) a weird amalgamation of Devo, Squid, Gang of Four and Talking Heads. although their inventiveness is probably closer akin to a band like Plastic Mermaids and the aforementioned Black Country, New Road - even if they don’t sound anything like them.

If that sounds like your cup of tea then Assembly is bustling and bursting with this imaginative and quirky indie. Yes, it’s hardly likely to bother the charts, but take a listen to Kilham with its fist pumping strut, warm mellow harmonic vocal interludes, sudden tempo changes and mellow jazzy closedown or Farmhands with its deep 80’s synth sounds and spluttering danceable guitar lines or the cartoonish Heyshaw (below) and be grateful that the mavericks are still out there doing things like this.

The only criticism I have of Keg is the name. Naming your band after a small barrel often used to store beer doesn’t really do it for me. But I’ll forgive them because of the tunes and also my favourite band photo (above) in recent times.

Posted by Breaking More Waves Blog at 18:30 No comments: 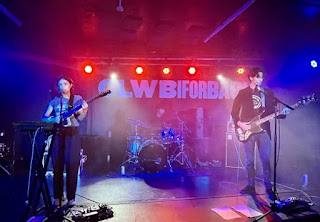 The latest addition to the Breaking More Waves NEW series is a London based indie guitar 3 piece that have recently released their debut single through Dan Carey’s Speedy Wunderground label.

Like some of the other acts that have come to prominence through the label (Squid, Black Country, New Road) Honeyglaze’s sound has a deep avant-garde streak running through it. And whilst sometimes avant-garde is just a glossy way of saying ‘unlistenable shite’ there’s something rather calm and beautiful about Burglar, their debut single.

It reminds me a little of some of the bands who came to prominence in the mid 90’s who weren’t associated with the Britpop scene - bands that we’d probably now lazily label dream-pop. Yet there certainly is a languid dreaminess to what Honeyglaze do. It’s the sound of stumbling out of bed with a weary head on an autumnal Sunday morning and looking out at the crisp but foggy day. It’s the sound of Trish Keenan from Broadcast with a dash of artists from early Chemikal Undergound releases sprinkled subtly over the top.

Having only formed this year Honeyglaze was quickly signed to Carey’s label after a friend of the band sent a video of them playing live to him. They’ve already been out playing gigs - I caught them at Cardiff’s Sŵn. What impressed me  was the range of songs they already had in their repertoire and the way they didn’t conform to all of the regular new band gig cliches such as asking everyone to buy their merch or saying that you can find them on all the socials. Instead in between songs there was mainly silence with the occasional piece of surreal chat. At one point Tim their bassist said something along the line of: “A secret about Honeyglaze is…” and then never finished the sentence.

Honeyglaze are a welcome addition to a bunch of Honeys that includes Black Honey, Honeyblood and Honey Lung and consist of Anouska Sokolow (guitars and lead vocals) Tim Curtis (bass) and Yuri Shibuichi (drums).

Posted by Breaking More Waves Blog at 11:00 No comments: 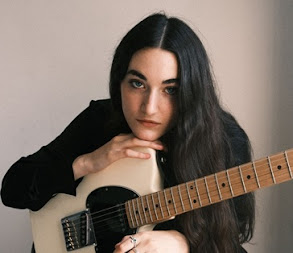 Today’s new artist is about as new as they come.

Etta Marcus is a 20-year-old Londoner who last Friday released her debut song Hide & Seek. No, it’s not a cover of that Imogen Heap track nor the often forgotten (but not in these parts) UK top 20 hit by Howard Jones.

It is instead a composition she wrote together with Matt Maltese (he of As the World Caves In fame) and someone called Joshua James Henry Scarbrow. It’s one of those tunes that sneaks up on you quietly; and if that sounds a bit sinister, so are the lyrics: "You can wash your skin you’ll still find me within your darkest dreams" she sings at one point. Later on, she adds: "Whether you want me I’ll walk on broken glass to get there, I’m gonna find you." Let’s just hope that this is Etta just playing around with a narrative sung from someone else’s perspective and doesn’t mark her down as a musician with creepy stalker like tendencies. If she turns up at a gig with a knife and a slightly crazed look in her eyes it's time to run.

Irrespective of the somewhat menacing tone of some of the lyrics, there’s a dreamy tone to the music, with Etta’s voice sounding both calming and beguiling. It’s a fine, dare I say it beautiful, start; those darker lyrics being matched with something far more romantic.

If you want to catch Etta early, she’s playing at The Social in London on 14th October alongside George Cosby, Mulimba, Ewan Mainwood and some guest DJs,

You can find Hide & Seek on this week’s Breaking More Waves New Music Weekly playlist on Spotify, a playlist that showcases the best of the week’s new releases be they from established acts through to debutantes such as Etta. 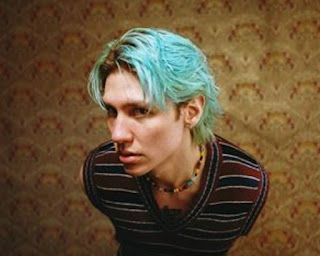 Ah the early 90’s. Heady times. Britpop just kicking off, grunge, even the Prime Minister at the time (John Major), despite being a Conservative, at least seemed to have a degree of respect and care for the population he represented, compared to the charlatans we have in power now. (Actually I’d quite like to have chief Charlatan Tim Burgess in charge of the country – I think he’d do an OK job).

But here we are coming to the end of 2021 and there are a whole bunch of artists that sound like they’ve jetted in straight from an episode of Channel 4’s edgy youth show The Word. The latest of these tatty round the edges but quite possibly heading for brilliance artists is Will Tse who performs under the name of Daisy Brain.

His cocktail of grunge-laden guitars, catchy rock / pop songs and just a hint of emo can be heard to fine effect on his recent debut EP Let’s Go Camping. There's also previous single Boring which is full of dirty headshaking riffs and big hooks designed to make you want to put on a slightly holey striped jumper, a pair of Doctor Marten boots and mosh.

Born in Singapore to Chinese and English parents Will now lives in the UK. Following a stint in Leeds he moved to Hackney in London where he has written and produced his music in his bedroom with assistance from his pal Dan Hvorostovsky. He’s already been out on the road supporting Yungblud and next year has a handful of his own headline dates lined up including a show at Camden Assembly.

Posted by Breaking More Waves Blog at 17:00 No comments: