Music That Made Me #14 - Blue Roses - Doubtful Comforts 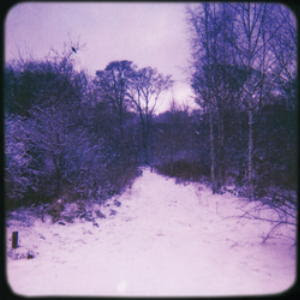 Here’s a question. If this series - Music That Made Me - is a nostalgic look back at influences and memories then how long does that song or memory have to exist to say with certainty that it has helped form you as a person and is not just a passing fancy?

I think it’s when you can delve back, if only for a few months or a year and feel sentimental about something or know that something changed. It’s when you hear a song now and it triggers faded emotions or feelings and brings them into full-bloodied colour again.

Doubtful Comforts by Blue Roses may only be just over two years old, but it’s a piece of music that pulls at my heartstrings every time I hear it. It triggers visions and feelings of twilight stillness, of a pause in time – a moment of thought. I first heard it at a point in my life where in many ways I had achieved everything that many people want to achieve – successful career, partner, two wonderful children and good friends. But with those achievements comes the dawn of middle age. The loss of parents, the realisation of your own mortality, the recognition of the responsibilities I foster and the implications of those responsibilities all form part of this new dawn. For some people music only holds memories of their youth, the key moments in life coming less often as they get older therefore creating less musical memories, but for me the music of right now is shaping me as much as that of the past - even if sometimes the memories are not as life changing, dramatic or romantic.

Doubtful Comforts is a song that gives breathing space. “You don’t have to carry the weight of it all,” sings Laura Groves, and she’s right. This beautiful song brings back a state of calm in my often hectic and madly busy life. The album from which it comes was my favourite album of that year and two years on I think I can be confident in saying that it’s a record that I will listen to forever – not for a specific memory, but a specific state of mind to be achieved. It’s music that made me and continues to make me.

Email ThisBlogThis!Share to TwitterShare to FacebookShare to Pinterest
Labels: Blue Roses, Music That Made Me