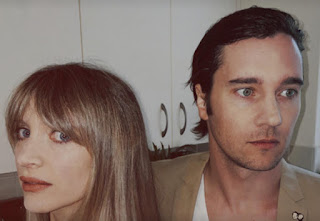 Today’s newest addition to the Breaking More Waves collection of new bands and artists is a boy / girl duo that hail from Sydney and London. Last Friday they released their debut single in what appears to be a spectacularly low-key way, with seemingly no promotion at all except a post on their social media, which is a shame; because the song in question, Band Aid, is a rather charming old-fashioned and heartfelt indie pop song.

Despite the seemingly quiet start to this band (currently they have 50 monthly listeners on Spotify) The Big Heat are not novices. Lucy Taylor, the London based one of the pair, has written for Dua Lipa (Be The One), sung vocals on Kele from Bloc Party’s solo single What Did I Do and had a past electronic project called Pawws which featured on these pages way back in 2012 (named as ‘our new blog-crush favourite). Meanwhile Dave Jenkins Jr, the Sydney one, has his own solo project called Not A Boys Name and has played with the likes of Daniel Johns of Silverchair and Vera Blue.

Band Aid sounds like a perfect retro summer pop song. It harks back to a time when big glossy production was less important than all those simple things like hooks, melodies and quirky instrumental parts. If I didn’t know better, from their sound I’d have guessed that The Big Heat was a group of floppy fringed charity shop wearing students doing art history degrees who once supported Belle and Sebastian. Don’t hold my incorrect judgements against them though – savour The Big Heat and enjoy the music.

Posted by Breaking More Waves Blog at 17:30 No comments:

Email ThisBlogThis!Share to TwitterShare to FacebookShare to Pinterest
Labels: New, The Big Heat 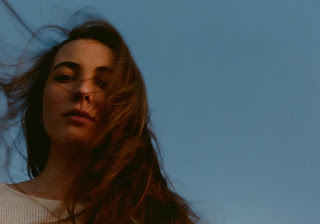 Billie Eilish, Billie Marten; now it’s time to introduce another new musician and she’s another one called Billie. This time it’s Billie Flynn from Cornwall who describes herself as a noisy introvert. Based on the two songs she has on line so far the introvert tag is easy to understand, but noisy less so. Why? Because just like the two aforementioned performers, Billie Flynn sings in a hushed and serene tone.

It’s a way of singing that, particularly since the arrival of Eilish, has gained more respect. Gone are the days when you either had to belt them out like Lady Gaga, Katy Perry, Mariah Carey etc or sound like virtually every gutsy-warbler on X-Factor. Can you imagine Eilish appearing on that show at its peak? When performers on America’s Got Talent used You Should See Me In A Crown and Bad Guy as backing tracks, Simon Cowell, Mr X-Factor himself, commented that he didn’t like Eilish’s music at all. It’s probably just as well that X-Factor UK has been cancelled. Times have moved on and Cowell clearly hasn’t. The chances are that Cowell wouldn’t be impressed with Billie Flynn. If that’s the case, he would be a fool.

But enough of the high waisted trousers one and his lack of love for softcore. It’s time to take a listen to Billie Flynn. A newcomer to Gabrielle Aplin’s Never Fade records, Flynn’s new single Someone’s Daughter bears quite some resemblance to Billie Marten’s earlier material and also that of Breaking More Waves favourite Rosie Carney. Combined with her debut Hey Stranger what we have are two delicately captivating compositions that win you over - albeit quietly.

You can hear Billie on this week's Breaking More Waves New Music Weekly playlist - a specially selected list of new releases from the last 7 days that's refreshed weekly and is never more than about an hour long. Find the playlist by clicking here. 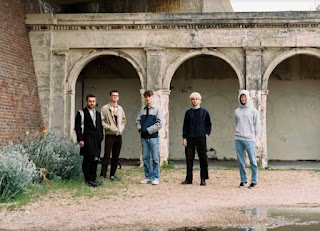 For the latest addition to the Breaking More Waves ‘NEW’ feature it’s time to return to Brighton and meet Porchlight, a 5 piece who by the sounds of their name and debut single Drywall are fans of housing construction. If their next single is called Floor Joists or Gutter we’ll know exactly what gets them going for sure.

But what of the music? Porchlight are, at least on Drywall, one of those bands that deliver their words spoken rather than sung. But unlike many of the current crop of post-punk retrobates that are filling up the UK’s stages of pubs and club venues this lot aren’t quite as sneering or aggressive, although there’s still some general shoutiness. This slightly softer approach starts right from the beginning, where guitars are accompanied by twinkling dabs of electronics that sound like they’ve been sampled from a cute video game. But it’s still guitars that propel Drywall forward, reminiscent of Black Country New Road in places, leaving space for the tough masculine sounding vocal delivery. The words don’t make a huge amount of sense to me, but they still manage to sound poetic; main road noise bathed in doubt, steel capped boots, cold winter sky, the comfort of closure and willowed countryside are all mentioned.

Drywall immediately establishes Porchlight as a band to be reckoned with in the current UK indie-post-punk scene. Let’s see what they do next.

Porchlight play Brighton’s Green Door Store on the 16th August (a free show supporting Peeping Drexels) and their own headline gig at The Hope, also in Brighton, on September 14th.