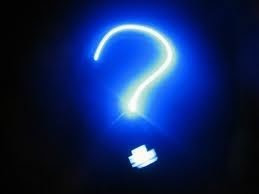 “The job of the artist is to deepen the mystery,” Francis Bacon once said, and recently a number of newcomers to the scene have embraced these words as a philosophy. The masked space-disco anonymity of Monarchy, the non-communicative aloofness of Wu Lyf, the shroud of intrigue of who-are-they electro kids Just A Number 05272011 – a group that even with their name hint at something future happening – all of these acts are enigmas, leaving music bloggers and press perplexed and panting for more, with very little except the songs and the secrecy to write about. And if you're like us, endless descriptions of what the music sounds like and who the artist compares to is yawnsome - especially when we can press play on a music blog and decide for ourselves. What we really want to know is has our new favourite band slept with anyone in the music industry and what's their favourite cheese.

Everyone likes a good back story. Pop music culture wouldn’t be the same without elaborate tales of how bands met, what they stand for, their state of mind and everything that gives them meaning to people beyond the tunes. But these mystery bands are seemingly not aiming to please in that way.

With a back story even the most discerning music lover can be swayed by the blurb of words. How would you feel about a band if you read the following? “This group of Brit School graduates were formed when Jessie J quit her pop career and turned to management. The 4 girls, all themselves daughters of various TV personalities, are her first signing to her new record label and their debut single will be produced by the same team that worked with the likes of Justin Bieber and Katy Perry.” Unless you are the most open minded of people you’ve probably already made some assumptions about what the music would sound like and based on those assumptions may not even have bothered to give the band a chance. We’re nearly all prejudiced with our assumptions to a greater or lesser extent.

This is why perhaps some bands prefer to be anonymous and be judged on the music, but it's a risky business. It can pay dividends but can also lead to the artist being shipped out to the graveyard of pop pretty damn quickly. With no information the listener has nothing to make judgements about except the music. If the music is good then the artist could be out of the starting blocks; but there are pitfalls to beware of.

As more and more bands adopt the game of giving little away, bloggers, the press and the public become cynical and weary of the approach – passing on bands because they don’t have enough to buy into. The mystery approach can add intrigue and clothed sex appeal to a band, making you want to know more, wanting layers to be stripped away to reveal the full naked story. Yet this very approach can backfire - it can leave fans feeling a lack of ownership of the band – people want to buy into not just the music but the whole ethos of the artist. Sometimes music on its own isn’t enough.

So mystery bands beware. If enough isn’t revealed in the long term the fan generally moves on – and even when we get to know about you, if you’re personality and character are dull it’s going to be hard to stick around as well. So Wu Lyf, Monarchy and others, make sure you know what your favourite cheese is. For now, here's the music.

Gold In The Fire by Monarchy