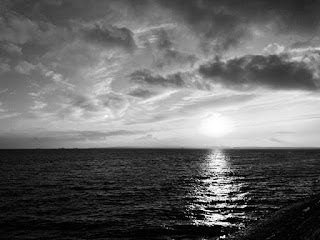 Any end of year list that is published before today is a lie – and technically so is this as there are still a few hours to go. But I’m pretty confident that nobody is going to release something that is going to mean that much to me in the next few hours that I have to delete this. If they do I will.

How does an album become my favourite of the year? I’ve talked about this a lot in previous end of year lists over the past decade and have come up with all sorts of methods, one of which included complex spreadsheets and recording every single time I played an album over the course of the year, which frankly was bloody bonkers in all sorts of ways.

But fundamentally the answer to the question is it’s the record that has connected with me the most over the last 365 days. That probably means I’ve played it a lot, but also doesn’t necessarily mean it’s my most played. It’s not necessarily a record that has been critically acclaimed, although fair play to the critics, often the records they choose in their end of year lists show up on mine as well, but there will always be some records that I’m not afraid to admit connecting with (for example this year Nina Nesbitt and Chocolate Hills) that don’t really hit home with the critics.

So, without further ado, here are the 20 albums, released this year, that shaped my world the most in 2019. From my favourite to the 20th. I don’t really like lists that show more than about 25; as I’ve said before, does anyone really care what your 97th favourite of the year is? If it’s only 97th it’s probably not that brilliant to be honest. You’re just showing off about how many albums you have listened to.

As with previous lists, you’re probably sick of the sight of these things by now, so the main point of interest with this is probably to see if any of your favourites are the same as mine. Here is my Top 20. The Top 5 were easy to decide this year. The list almost wrote itself.

There’s a playlist with 1 track from each of these great records on Spotify which you can find by clicking here. A couple of selections from this list also stream below via Soundcloud.

I’ll be back at the end of January 2020 for a monthly playlist of new music. In the mean time keep up to date with my musical shenanigans on Twitter (here) and Instagram (here)

Posted by Breaking More Waves Blog at 09:30 No comments:

Email ThisBlogThis!Share to TwitterShare to FacebookShare to Pinterest
Labels: Albums of 2019 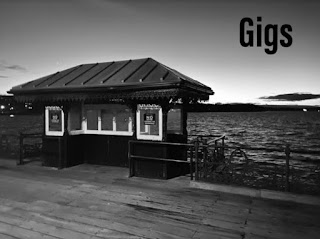 Another list, another photo that seems to have no context and once again, no real commentary, except to say that a gig is about so much more than just a strong performance. It’s about the environment you’re in, the people you’re with, the emotion you experience. It’s very personal and yet also it’s about being part of a community. This year I saw 260 live performances including festivals and support slots - that's quite a lot down on previous years. These are my favourite 20. I make no apology for Glastonbury and Great Escape Festivals taking up quite a few of the slots in the list. They were undoubtedly some of my favourite musical moments of 2019. I’ve not included anything of Dials Festival 2019 as that’s partly my own baby and would smack of nepotism. Like my singles of the year list (here) they are in order so number 1 was my favourite. 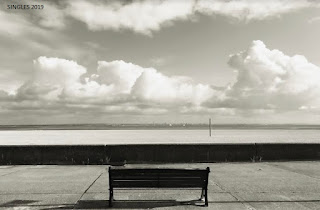 No commentary, because at this point, you probably don’t care and just want to see if anything on your list compares with mine. So, here are my favourite 20 songs of 2019. In order. Let’s hope no one puts out a real banger in the next 13 days and screws this. An end of year album list will follow; at the end of the year.

And why a picture of a bench by the sea? I have no idea.

Posted by Breaking More Waves Blog at 23:30 No comments: