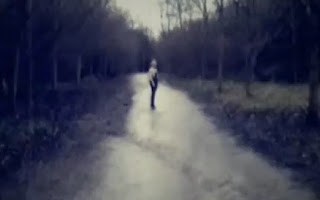 ‘Hotly tipped,” is a phrase that gets banded about these days almost as many times as Katie Price appears in the UK edition of Heat magazine and is just as meaningless. ‘Hotly tipped’ to do what exactly? Sell lots of records? The chances of that are less and less these days. Produce an album of great quality? Well that’s a possibility maybe, but just don’t ask Joe Lean & The Jing Jang Jong about how to do it. Or to go from rock n roll hero to appearing on I’m A Celebrity Get Me Out Of Here? Well at least Shaun Ryder and John Lydon do share something in common with Katie Price then. But whatever they’re ‘hotly tipped’ for, the much Breaking More Waves supported Paper Crows have had this label slung at them a few times since we first featured them last summer.

Only time will tell if such hot tips are worth anything more than the small change on a waiters plate at the end of a meal. But in the meantime let’s turn our attention to another band that Paper Crows have been messing around with, who are only just appearing on the horizon. That band is Strangers. Their song In Chaos was featured a few days ago here and now there’s more. Paper Crows get their remixing hands dirty, fusing all sorts of electronic goodness together, followed by a video for the track which takes retro-subdued colours, a pretty girl and some arty camera flickers to accompany the song. Anyone fancy hot tipping Strangers then?