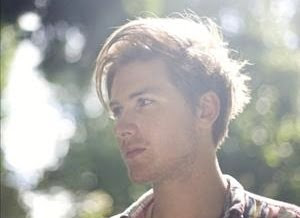 With a desert-smoked vocal that hints at Johnny Cash, Tom Waits, John Smith, Nick Cave, Leonard Cohen and Gomez, Jamie N Commons, a former student of music at Goldsmiths, University of London may not be a name that is known to many yet, but if you’re a fan of any of the above named prepare yourself to be impressed. For Commons (we have no idea what the N stands for) sings like a man who has already seen far too many years. It’s gritty, gravelly and full of the blues, which gives his songs an unquestionable authenticity whatever he’s singing about.

Yet, as far as we can tell, Commons is a whipper-snapper still in his twenties. So whilst a few years back his music would have only be given exposure to the mature music fan – the kind who reads Uncut and Mojo magazine for example, now Commons has the potential for his country / folk /rock sound to find acceptance with a more youthful crowd just as the likes of Mumford & Sons and Laura Marling have done so over the last few years. In fact Laura Marling is a good reference point as we could quite easily imagine Ms Marling covering his song The Preacher - a potent tale of religion, death and loss touched with hints of dark Americana. It streams below together with the tender piano torch song Wasted Time.

Jamie N Commons is undeniably talented and as long as he avoids the clichés of the genre and gets his music heard, could find his whisky-glugging-shards-of-glass-vocals popularity rising very quickly.

The Preacher by Jamie N Commons
Posted by Breaking More Waves Blog at 00:01

Good Lad Jamie!!! I wish you all the best with your music, i know your make it big!!! I got my fingures crossed for you and will always keep an ear to the ground for your voice!!!

this lad is amazing and incredibly talented.