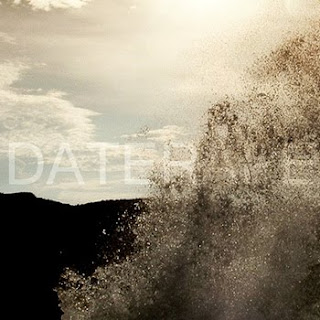 In terms of the philosophy, choosing the name Daterape for your musical project is either the ultimate non-careerist move or a blatant attempt to get yourself noticed above the slew of other floaty ambient head-zone artists out there that dabble in electronics and murky hip-hop beats. Either way, in this case we did sit up and listen, this Australian act first grabbing our attention through the brilliant Pigeon Post – a blog gold mine for those who like their music a little more leftfield than much of the stuff you’ll find at Breaking More Waves.

That’s not to say that we don’t do leftfield of course. We’re more all over the place without a map. Today this map led us down a dark alley that is haunted by the sounds of Burial, Salem and Mount Kimbie, all of whom despite our pop leanings, we’re fans of. Some people have suggested that that such music is the sound of the future, and certainly Daterape seem to consider themselves to be so – their 2 free to download EP’s on Bandcamp - Machaevol and Cold Remains - are stated as having release dates of April and October 2012 respectively. So maybe by then this druggy, abstract, yet somehow highly listenable music will be battling it out for pop chart supremacy and the likes of La Roux, Hurts and Ellie Goulding will be considered the dark underground. Highly unlikely of course, but like the compositions below, this skewed menacing dream-world of an idea may exist in an alternative reality.

Email ThisBlogThis!Share to TwitterShare to FacebookShare to Pinterest
Labels: Daterape