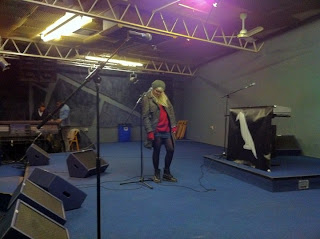 By now we’ve established that Paper Crows are Breaking More Waves blog favourites. Yet so far their sound has been in the zone marked electronic-post-dubstep-gothlite-pop. So now for something a little different; a captivating version of the duo’s new single Fingertips, due March 28. It’s performed with mournful piano plus violin and showcases the soft come-to-bed lullaby vocals of Emma Panas. There have been parallels drawn to Panas with the likes of Kate Bush and Bjork, but these seem widely off the mark when you listen to this still and tender version.

As seems to be the way these days there’s also a ‘teaser’ of the forthcoming video, which is nice but sometimes all this teasing can be a little bit infuriating can’t it? If every boyfriend or girlfriend you have just spends all their time parading around in their underwear and takes ages to get to the full reveal it can feel like there’s no other way of doing things. Sometimes it would be quite exciting to just rip everything off and plunge straight in, if you get our analogy. This is a minor criticism however, because this teaser video is actually really good - with a menacing and crazy mini thriller / horror vibe - its not for the faint hearted.