Music That Made Me #11 - Tindersticks - Travelling Light 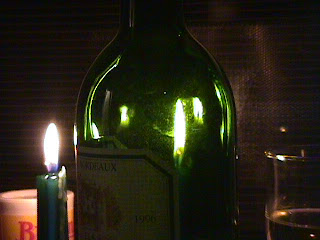 The first thing I noticed about him was his walk. Slow, measured and with the occasional pause for consideration, it was the walk of an unemployed man with a long day of nothingness ahead. Yet this walk was misleading and had more to do with his physicality than the status of his life. We became friends quickly, and became reluctantly aware that from an early point our lives were bound for separate journeys in the future.

We were busy then, or so we thought. The reality is that we were busy satisfying ourselves, with no real commitments except ensuring that our time was occupied. These days I long for time when I am unoccupied – I can’t help but raise a smile when a single friend with no children tells me they are too busy. “Compared to what?” I want to ask, but that kind of arrogance does one no favours, so instead I keep my head down and get on with things. People tend to fill the time they have with whatever they have to do.

When we weren’t ‘being busy’ we would often spend time chewing the cud and educating each other with our music in the warm glow of candlelight, fairy lights and red wine right into the murky hours of early morning. Those times really did become the music that made us - he would play me sixties soul, big belting divas, Joe Cocker, Elton John and high energy disco – for he liked to dance, whilst I’d play him the latest hot new thing that everyone would be talking about in six months time. Sometimes our tastes clashed, other times they found a marriage.

I remember that I played him Tindersticks – a band that suited the slightly alcohol hazed splendour of the night – and we both agreed they were magnificent. I still think so now. And when, on the occasional moment that I have time to pause, I’ll still put them on and enjoy their rain soaked, nicotine stained beauty.

Email ThisBlogThis!Share to TwitterShare to FacebookShare to Pinterest
Labels: Music That Made Me, Tindersticks