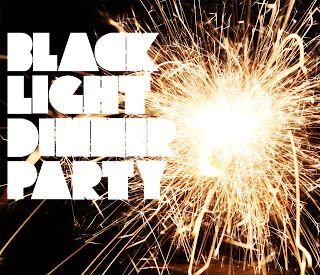 Just one song. One song full of Passion Pit / Miike Snow throbbing electronica, plinky keyboards and falsetto male vocals is all we have from Boston’s Black Light Dinner Party – but sometimes one song is enough. In this case it’s called Older Together and it’s already been all over a number of blogs including a few high profile ones. Yet (wait for it) nobody seems to know very much about the band at all. It seems as if they’ve taken their name literally in their method of approach – keeping people in the dark and hungry for more.

Such a mystery approach leads some people to ask questions about the bands existence (here) and the answer if we believe everything we read on the internet is “The band members are: Jack Cote, Matt Decker, Joel Friedman, TJ Jordan and Zack Lipkins. They have a Myspace, Twitter and Facebook page.” And that’s it – with their official web presence giving nothing away, no press release or obvious information out there it’s easy to make the ‘we know nothing about this group’ statement.

But with just the small bit of information we have we’ve done a little bit of digging. Here’s just a couple of snippets that we’ve found. First the band is not that new – there is evidence of Black Light Dinner Party being around at least a year ago, even if those internet entries have now been deleted. Second one of their number has been producing some quirky folky electro-acoustic music for a while now, away from Black Light Dinner Party. It seems like Decimal. One may also have connections to the band. But really does this matter, it’s just back story. What counts are the tunes. And Older Together, which you can download below is a turned-on synth sizzler indeed.

this song rules. what a tease.

im hooked to this song. cant wait to hear more!