Queen Of Hearts - Where Are You Now (StardonE remix) 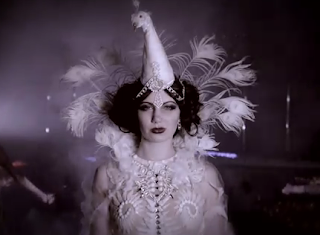 Of course what is good or great is one hundred per cent arguable, but that’s fine because we’re always right aren’t we?

But irrespective of if it’s good or great or bad (hello Westlife and Olly Murs we know which camp you’re in and it doesn’t begin with g ) we can define pop music. It has something to do with making you want to dance, something to do with appealing to the masses, something to do with being crafted from production and technology over live performance and something which reflects the trends of the day. Or at least that’s what Wikipedia says so it must be right. Even we wouldn’t argue with the might of Wikipedia.

Something, or rather someone else that is very right is Queen of Hearts. She’s ticked all of our pop music boxes with a huge fat indelible ink pen so far. She does good, possibly great pop music. She also seems to have another quality essential to pop music – sexiness. Not sexy as in a ‘Ooops all my clothes have fallen off just as a photographer arrives in the room,’ sort of way, but in doing enough to keep us interested without ever revealing all both musically and visually.

Today Queen of Hearts reveals just a tiny bit more – it’s the musical version of the shoulder strap slipping down a little. It’s from romantic synth disco house producer StardonE and it’s a remix of the song Where Are You Now. It’s a Breaking More Waves exclusive and is free to download. That's kind of great isn't it?