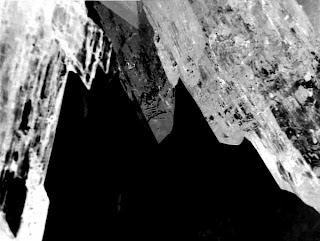 This is another blog post featuring Alpines. We planted a seed about this band some time ago last autumn and now it’s beginning to grow, its leaves revealing its fuller form.

Below you will find a series of videos. Three webisodes (is that really a word and did we actually just use it without any sense of humour?) that have a touch of the Iamamiwhoami’s about them, plus the film for a song that we previously featured in demo form – Ice & Arrows – which will feature on the Night Drive EP out March 28. Now smoothed with a more considered production Ice & Arrows is in our opinion not quite as cold or night-pop as everyone seems to be saying - there's a sense of hopefulness here. "Ice starts to melt at my feet and I start to see the world for what it could be," sings Catherine over music that has a gentle middling glow about it.

Then, for the sake of completeness there’s an Akira Kiteshi remix of the duo’s song Drive which in a musical sense pulls your underwear down, pushes you against a wall and thrusts powerfully. Damn that’s good. Let’s do it again only louder.

That pretty much brings you up to date with Alpines. Click the label cloud for all of our previous posts on them and then if you want more and are in the UK catch them on tour later this month with Fenech Soler, at the Great Escape Festival in Brighton in May or Lounge on the Farm in Kent in July, all events that Breaking More Waves will be attending.