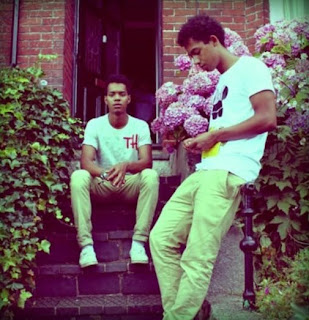 We’re becoming massive fans of Rizzle Kicks – there’s something just massively engaging about them – they display a cocksure combination of humour and cool that only lads of their age can. Their song Down With Trumpets (here) remains one of our vital tracks of last year and their home shot videos entertain with rich and occasionally silly invention.

Now Rizzle Kicks have turned to Jessie J’s recent no.1 hit in the UK – Price Tag. Note the money t-shirt, the funny miming effect as Jessie J’s vocal kicks in, the Café Nero loyalty card, the beans-on-toast straight from the can pause moment and the comedy shades and bling chains dancing towards the end. Ch-ching ch-ching - Rizzle Kicks boil with enough charisma to flip our pan lid.