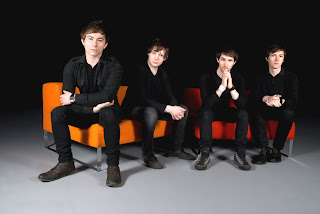 You can imagine that when faced with around 160 bands and solo artists, 99% of which you’ve never heard of before, it can be a fairly daunting task to listen to them all and form judgements about which are best – particularly when you have fairly wide tastes and enjoy everything from chart based pop to lo-fi underground noise.

But as a Glastonbury Festival Emerging Talent Competition judge, that is the task we have taken upon ourselves, alongside 39 others representing many of the UK's best music blogs.

Today we offer up another four acts for your perusal in two blogs (the other comes later today) that we’ve been enjoying from the list of artists that we’ve been asked to judge. Once again, and we apologise for repeating ourselves from yesterday, any of the bands we feature here are not necessarily the ones we will be choosing as our selected three for the longlist – we’re still giving consideration to everything on the list.

So here’s our next choice – Codes, from Ireland (pictured above). Codes produce sonically huge pop / rock songs that immediately jump out from the first second you hear them but are also layered with vast detail that draws you in further and rewards repeated listening. With hints of next-big-things-that-didn’t-quite-make-it Geneva (remember them anyone?) and a soundscape that towers with euphoric and explosive magnificence Codes have already recorded an album Trees Dream In Algebra in the UK which was nominated for the prestigious Irish Choice Music Prize. Although as yet no UK physical release has been secured it is available to download. Watch the video for Starry Eyed below – and no it’s not a cover version of the Ellie Goulding song. 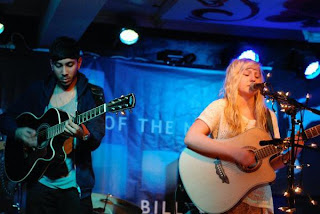 Anchor & The Wolf are a very different but equally intriguing proposition. Formed by Swindon’s Zoe Mead, Anchor & The Wolf produce sweet folk pop out of ukulele, acoustic guitar and glockenspiel that makes your heart feel a little lighter and the days a little better, even if some of their lyrics are a little melancholy. Their new EP -The Cinema Suite was released this week and is available to purchase from the Anchor & The Wolf Bandcamp here. The song below Trampolines and Chandeliers is a dreamy, velvety piece of work and is featured on the EP.

Trampolines And Chandeliers by Greyfoot
Posted by Breaking More Waves Blog at 00:01

Email ThisBlogThis!Share to TwitterShare to FacebookShare to Pinterest
Labels: Anchor And The Wolf, Codes