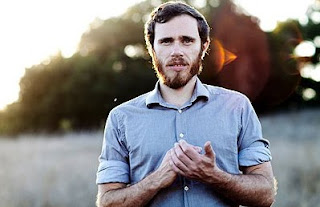 Some time ago the dreaded internet red mist led to us posting some pretty harsh comments on a Portsmouth (our home town) based website The Dirty South (see here). In hindsight the words we chose were rather severe - impressively winding up the original author of the piece, but the basis of our comment was simply that we believe there have been some superb musicians emanating from Ireland over the last few years and the author’s dismissal of it caught us fuming.

Looking down the Choice Music Prize nominations for 2011, our beliefs are fully reaffirmed. The Irish scene is as healthy and as brilliant as it has ever been and today’s new wave is just one example of that.

Dublin’s James Vincent McMorrow carries on the tradition of male singer songwriters with an acoustic guitar on their arm and a song in their lungs. He may not be as The Dirty South suggested ‘mind-alteringly’ great but we’d say his songs were exquisite enough to at least fall in love with a little – and isn’t falling in love (even if just a little bit) a mind-alteringly great feeling ?

The reference points roll of the tongue fairly easily; Sufjan Stevens, Fleet Foxes, Bon Iver, Iron & Wine, Jeff Buckley and Damien Rice, and rather like Bon Iver he has a back story that involves making a record in an isolated location, but this time a house by the Irish Sea rather than a cabin in the wood. Whilst the artists mentioned above give you a sense of the style of music James Vincent McMorrow plays, his influences are more literary ones. He suggests John Steinbeck, F Scott Fitzgerald and Roald Dahl; writers who explored, in McMorrow’s words, “the darker, less spoken about aspects of life - solitude and disillusionment.”

McMorrow is already well known in Ireland having scored a number 1 there,but in the UK his name is only gradually starting to be known having received good support from the likes of Huw Stephens and Zane Lowe on Radio 1. In March he will play shows in Manchester, London, Leeds, Birmingham and Edinburgh and if you’re lucky enough to be in attendance we’re pretty damn sure you’ll be at least a little bit caressed by his soft, soulful, atmospheric and bewitching songs. Maybe you’ll even have your mind-altered?

The song below If I Had A Boat is available for free download together with a new video for his song This Old Dark Machine.

James Vincent McMorrow - If I Had A Boat by partisanpr