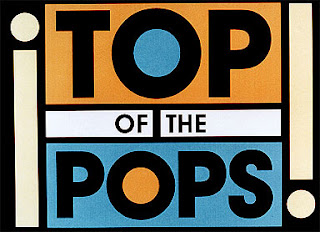 It’s a huge generalisation but my experiences suggest that when it comes to music there are two kinds of people. The first are the type that music is something that they use to fill space in their lives, but as their lives become more cluttered the music occupies less space. It explains why as people get older they lose touch with new music. Jobs, careers and particularly the time filler of them all - parenthood - take their toll and suddenly what seemed important ten years ago doesn’t seem as important now. Before they know it this type of person is shaking their head in disbelief when they finally hear the latest sound, something different from their youth, and muttering ‘music isn’t as good these days as it was when I was younger.’ If you’re now in your twenties, living in the UK and are thinking that there hasn’t been anything as good since The Klaxons and The Libertines and still think that skinny jeans are the coolest fashion item, then I’m afraid you are already heading down this road.

The second type of person is the type for whom music doesn’t fill a space, but actually forms the space itself and becomes an integral part of their lives. I am very much this kind of person. I have an amazing partner, two children, a career and social life outside of music, but music is an integral part of all of this. It’s the constant evolution of music as an art form that excites me and the day that I stop relating to music of the now as well as the past will be a very sad day indeed.

Yet sometimes it’s great to be nostalgic and look back. That’s what these Music That Made Me posts are at least partly about – contextualising some of my past references and emotions to understand why I like the stuff I like today – but my search for new music is not just about finding music that reminds me of when I was younger. It’s about any music that strikes an emotional chord with me, whatever its style or reference points.

However, when I look back at the music that made me, I am reminded of some of the things that I will probably never do again, because of the internet. I remember queuing in the rain before shops opened to buy newly released albums and singles on the day of release, journeying to box offices hours before concert tickets went on sale and enjoying the camaraderie of those in the queue, I remember recording the singles charts off the radio onto cassette hitting the pause button at exactly the right moment so that I didn't get the sound of the DJ's voice , watching Top of the Pops as a ritual then everyone talking about it the next day at school and joining fan clubs to get newsletters, gifts and special exclusives from my favourite stars; these were all things I did to gain a sense of ownership of the music and the acts that I loved, but now these things are just memories.

The world continues to change – the internet is the modern day version of the industrial revolution. One day this blog will cease because there will be no point to it anymore. Music blogs will evolve into something new just as paper fanzines have evolved into websites and blogs – but I can’t see the day that I will stop being enthusiastic about music in some form.

This is one of those memories. It’s a band that I saw on Top of the Pops and fell in love with. There’s no doubt that their influence stays with me until this day. I remember the outrageously naff fashion trends of the audience and the fact that every Radio 1 DJ presented the show from time to time including a certain Mr John Peel. Whilst I certainly didn’t always share his musical taste, I completely and utterly share his vision for the new. Peel once said that if he was stuck on a desert island the ten records he would take with him would be ten that he had never heard before – I would do exactly the same.

Read this blog regularly and you cannot but help notice that a modern band that takes influence from OMD are likely to make my heart beat a little faster. Enjoy this music that made me.

Email ThisBlogThis!Share to TwitterShare to FacebookShare to Pinterest
Labels: Music That Made Me, OMD