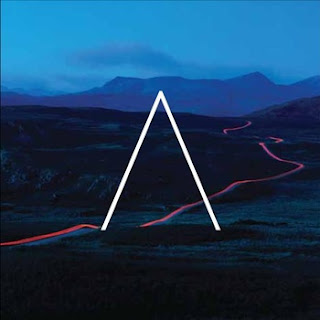 One word we particularly like, besides the word amazing is straddle or straddling. It can sound sexy (she straddled herself over him), risky (a straddle bet in poker) or warlike (firing successive artillery shots in front of and behind a target). All these versions of the word imply an element of excitement. However today we use the word in a musical sense to define a sound itself; because Alpines are genre straddling – mixing electronic sounds with the structural dynamic of more leftfield rock and pop.

At the moment there has been very little new music blog activity surrounding Alpines – if you look on Hype Machine it seems that only ourselves and the excellent long serving UK film and music blog Faded Glamour have been supporting them, although a few other non-listed blogs have now joined in. We expect that to fully change pretty soon as the bands profile slowly grows. It starts here with this mysteriously icy and slightly creepy video for Drive. It has an evocatively strong visual aesthetic, which is only to be expected from a group that seem to have huge dollops of artistic vision – for the evidence have a look at singer Catherine's blog and enjoy the beauty there. We first featured a clip of Drive back in October 2010 when we first discovered a Rankin Film for designer Hannah Marshall's catwalk show that the London duo had soundtracked. Since then Alpines have been given the Guardian New Band of the Day treatment in December and today the NME finally got in on the act, so it’s onwards and upwards from here.

For fans of the likes of Fever Ray, Portishead, Zola Jesus, Bat For Lashes and the Breakage Remix of Clare Maguire this is the desolate sound of Alpines and Drive. Enjoy the chilly, ghostly blue-white film and remember who told you about them you first.

Thanks for the shout out Robin. I felt they weren't really getting much love either but with Polydor backing them now, I think things are about to kick off in a big way.

wow how have i not heard of these guys. saw their video on nme today and now i literally can't get enough of them...