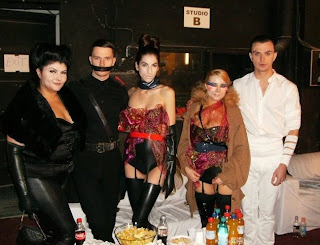 Tuesday’s NME awards certainly proved two points. First that for all the subtle shifts the magazine has made since Krissi Murison became editor back in 2009, the publication and the majority of its readership are still incredibly conservative in their musical tastes. With Dave Grohl, My Chemical Romance, Muse, Biffy Clyro and Arcade Fire all being announced as winners (full list here) the magazine is hardly giving out a message of being that in touch with what is ‘new’. Secondly with awards such as Best TV Show, Hottest Man and Most Stylish it seems to be placing itself as being more than just a music magazine. After a long history maybe it’s time for a re-brand – New Musical Express seems to be a less relevant title these days.

Whilst physical magazine sales of all sorts are dropping worldwide NME was the only title in the sector to report a double-digit year-on-year fall, having a circulation of 32,166 in the second half of last year, a 5% fall on the previous six months, so maybe a re-brand needs to go even further – possibly merging with another magazine to give a wider content base to a greater audience?

Thankfully though the NME awards did throw up a shock or two, probably the biggest being that the much derided (but Breaking More Waves favourites) Hurts picked up best new band over the more ‘typical’ indie guitar sounds of Everything Everything, The Drums, Beady Eye and Two Door Cinema Club. A victory for pop. Whatever your thoughts on Hurts, it felt a little fresh and brave to give the award to a band who last year stood out as doing something different from the norm, even if they wound a great number of people up in the process, particularly in the UK.

So whilst Hurts celebrate and continue their commercial success in Europe, Germany being particularly kind with 2 top 5 singles (Stay and Wonderful Life) plus an album that has sold well and recently re-entered the top 5, they have also issued the video for their next single Sunday. The UK in the main will probably ignore it, although the song has been A-listed on Radio 2, but in our world this is absolutely perfect pop. NME, we’re with you on this one.

great post, very good points about NME's direction throughout, i wholeheartedly agree with you... and i'm not even a Hurts fan!