Clock Opera - Once And For All 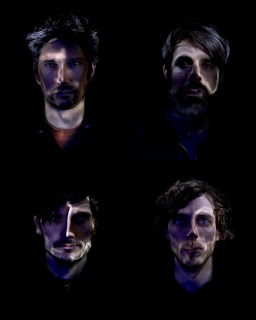 Once And For All We're Gonna Tell You Who We Are So Shut Up And Listen is a raw and powerful piece of theatre about the vital time of adolescence. It's the play that inspired Guy Connelly, leader of Clock Opera to write a song which he simply titled Once And For All. Of the play Connelly said “It made me remember exactly what it was like to be fifteen, and realise what has changed for me since. When you’re that age, there are some things you just know. You don’t ever expect to forget them, but you do. Watching the play made me wonder whether anything I am certain of now will disappear in the same way.”

Just like the play, the music created with this song is inspiring and life affirming, full of brightly lit beauty and rather like adolescence the chances are that Clock Opera will never again shine as brightly as they do with this song. If they do it will have to be something staggering to compete with the absolute majesty of Once And For All. This is no criticism of Clock Opera’s other material released to date, which is all of the highest order, but since July 2009 when we first mentioned this fantastic piece of music, it’s never been far from our stereo, like a teenage crush that has turned into a long term romance. Is it possible to marry a song ?

As the wise man said, good things come to those who wait, and come the 1st November 2010 the wait will finally be over, when this haunting, chiming, looping wonder gets a release through the mighty taste making label Kitsuné. Imagine Peter Gabriel , Guy Garvey of Elbow or Stephen Jones of Baby Bird delivering a passionate vocal over a piece of electronic music that somehow doesn’t seem electronic at all. But let’s stop wasting words and just listen. Once And For All by Clock Opera – one of the finest pieces of music you’ll hear this year. You’ll never forget this.

Once And For All (Original_2010) by clockopera
Posted by Breaking More Waves Blog at 00:01