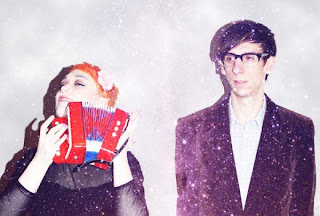 In the pre-internet years, before the electronic revolution, the main way for bands to get their name known was through hard gigging, racking up motorway miles and destroying the ozone layer, often playing to toilet venue crowds of one man and his dog. But the digital age has changed everything.

Now it’s possible to get noticed without ever leaving your bedroom. It’s absurdly easy to home record and get something online. Close to carbon-neutral recording and promotion is possible. Yet this possibility also means we are now overloaded with new artists. So how does a band attract the right sort of attention? Love or hate the beasts, but the remix is one of the new tools. Deliver an impressive re-work of a known or buzz name and you could become the new bloggers delight, grabbing exposure through aggregators such as Hype Machine and tongues wagging. Next up heads will turn to your own material, and if that’s good as well, without even playing a gig you’re developing a following.

Which brings us neatly to Labyrinth Ear; a London boy-girl electronic duo consisting of Emily and Tom who have picked up a lot of blog love with their heavily euphoric remixes of Alex Winston’s Choice Notes and a throbbing thrill of a reconstruction of Local Natives World News. But it’s not only these remixes that are impressive; their own material is equally fantastic as well. Lithium flexes its electronic muscles with a pitch black pulse that reminds us German electronic art-popsters Propaganda, all pouty seductive spoken word female vocals and mesmerising danceable synths. Another track Snow White brings industrial eighties thuds and dreamy flyaway computerisations that display composure and coolness in their creation. If laptops could create diamonds they’d probably sound like these synthtopian gems.

Treat yourself, click on the download button and get both of these tracks and the Local Natives remix below. The Alex Winston remix also streams. Top notch retro-futurism.