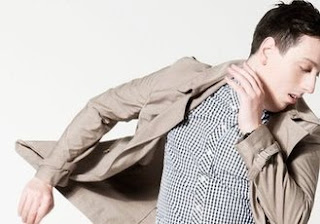 Fin Dow-Smith aka Starsmith has established himself as one of the most sought after producers on the block, and since the unveiling of his Ritchie Family sampling single Give Me A Break is emerging from behind the mixing desk and stepping into the spotlight. The single threw a spanner into the works, it’s French disco sound being far removed from the highly polished gargantuan synth pop epics he’s better known for in his production and remix work, but there was no denying it was a call to the dance floor and a great debut proper.

What his album, released next year, will eventually sound like is anyone’s guess, but one thing that seems to be certain is that Starsmith will be providing some vocals of his own, as well as guest singers that are likely to include Ellie Goulding and a few as yet undisclosed newer acts.

Just a couple of days ago one small clue as to where the Starsmith sound may be heading appeared on line. He’s placed an instrumental piece called We Leave Tonight on his Soundcloud account. “Just something I was mucking about with, thought I'd let you all just have it. Why the hell not,” the tall man of electronic pop says. It’s a simple and rather beautiful mellow piano and synth flow – now get to it and download it below.

We Leave Tonight by Starsmith
Posted by Breaking More Waves Blog at 00:01

Email ThisBlogThis!Share to TwitterShare to FacebookShare to Pinterest
Labels: Starsmith