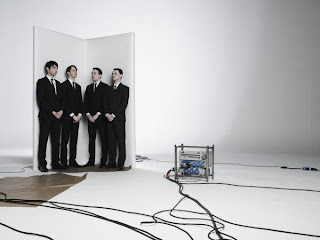 When we first heard the words new release, hide and seek and synthesiser all at the same time our heart skipped a beat, the brow became sweat-lined and a strange somersaulting sensation was felt in the stomach. We thought the moment had come when our not-so-hidden-guilty-obsession with 80’s synth-pop wizard Howard Jones was about to take a twist and his classic top twenty moody electronic new age ballad Hide and Seek (video here) was about to get a re-release. Unfortunately nothing could be quite that good, but Hide and Seek by Mirrors is still a worthwhile addition to the electro-pop canon.

Animated plasticine figures that live inside the television form the basis of the visuals for the song, which creates a soundscape of plodding patterned electronica. For better or worse it will never be Howard Jones though. Will it?