Kid Adrift - A4 In Ecstasy 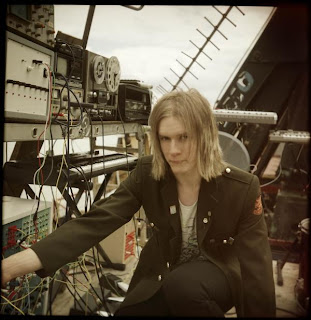 Put a boxing video with a modern rock / pop track and you’re just asking for a whole load of puns. ‘It’s a hit.’ ‘A knockout track.’ ‘Kid Adrift punches hard.’ It’s just too damn easy. However that’s what we’ve got for the new Kid Adrift single A4 in Ecstasy.

With beats that sound like they’ve escaped from some kind of crazy robot ruled bunker wired up with laptops, A4 in Ecstasy is the follow up to the Oxytocin EP. The video was filmed with help from the Lochend Amateur Boxing Club and Kid Adrift (aka Iain Campbell) has explained the brutal video with the following words “A4 in Ecstasy is a song I initially started writing from my flat in a pretty rough area of Glasgow, so a torn-up Scottish boxing club seemed very fitting for the video. We put sweat, blood and tears into this song so we needed similar commitment from the video cast. They gave it in the most literal sense.”

We first wrote about Kid Adrift way back in August 2009 (here) and although it's taken a while since then, we understand an album is on its way.