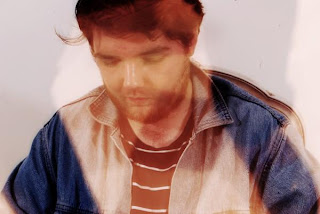 Chad Valley aka Hugo Manuel from Oxford makes the kind of music that, if this site was a hip Americanised blog, we would probably be describing as ‘chilled summer jams’, ‘mellow joints’ and ‘next level sh*t,’ but we’re not. In fact we don’t even feel comfortable using the word sh*t which in our minds is still something brown, smelly and unpleasant, not a term of something rather splendid. However whatever terminology is used to describe his work, and despite his press release suggesting it’s “the sound of innocence won back" and that "geometric rainbow synths skitter over layers of future R&B and lush atmospherics, radiating endless bliss and a world of pleasure,” which frankly sounds like the PR company* has taken a load of verbal laxatives - something which we have also done when getting all little over worked and excited about music - we are rather enjoying his floaty balaeric / ambient tunes.

We never thought we would see a day when we posted a track that featured the sound (or sampled sound) of pan-pipes, but today is that day. More washed out than Washed Out, Chad Valley adds himself to another of the mightily impressive number of acts coming from Oxford these days including Foals, Pet Moon, Stornoway, Trophy Wife and Fixers. Oxford, the new Brooklyn? Well, maybe not but there’s something going on there for sure. You can download the new Chad Valley track Ensoniq Funk below. Chad Valley is ‘killing the game with a minor stroke of awesomeness.’ Nope sorry, that sounds wrong. Chad Valley - rather pleasant indeed. That’s better. Enjoy.

*Or possibly 1 man / woman band who is helping out with PR !

Here’s Collateral’s remix of Chad Valley’s “Up and Down” :