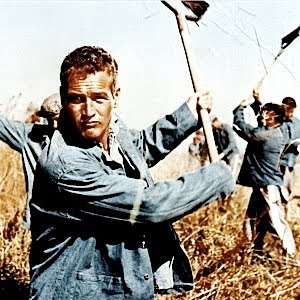 Yee-ha! Country boys and gals, it’s your turn today. Just over twenty four hours ago we witnessed the first ever gig of The Retrospective Soundtrack Players. The band was fourth on a bill of four, but the house virtually full to see them play.

Why? Well the reality is that this group of fine banjo, guitar and trumpet wielding farm boys, dressed in muddied t-shirts are not exactly new on the scene. Their debut single Real Cool Hand, which streams below, recently cropped up on a split 7” single with acoustic punk troubadour Frank Turner. It followed Turner’s request for bands to record something at home and send it in to him, the best songs being included as double A sides on his next release. Rumour has it that Turner liked the song the band sent him, reminding him a little of another group he had championed – The Dawn Chorus. One quick phone call to The Dawn Chorus informing them that there was another bunch of lads that sounded quite a lot like them out there led to the confession – The Retrospective Soundtrack Players are a Dawn Chorus side project.

The trouble with side projects is that they often disappear up their own back passage. However The Retrospective Soundtrack Players don’t. They have a concept, which sounds anal, but bear with us for it’s good – they are making original soundtracks to their favourite films or books. Their first goal was to tackle the Paul Newman film Cool Hand Luke, in a country style. An album of songs was written in a week. The results are excellent – from gentle country strums about prison life to high jigging hoedowns capped with euphoric trumpet and lead singer Kyle’s slightly mournful vocal.You won't find any lyrics of the likes of "Oo baby baby take me to the dancefloor," here for sure. Listen to the single and another track A Man Can’t Eat Fifty Eggs below and if you're in London tonight you can catch their next gig at Club Fandango at the Bull & Gate in good old Kentish Town. They also have shows in Bristol and Portsmouth lined up this winter.

The Retrospective Soundtrack Players may be from the south coast of England, but they’ve dipped their toes in the heritage of Nashville and come up trumps.

Good summary - they did a fine job and with their talent - they will go a long way.