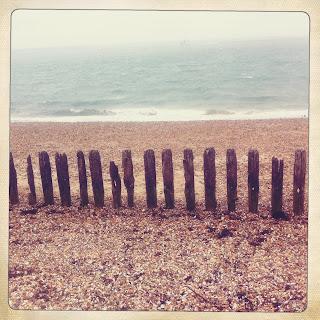 In a week when, depending on your perspective, you either stifled a big yawn or shed an excited tear over the fact that both Coldplay and the Kaiser Chiefs both aired new material, the musical event that got Breaking More Waves most excited, for at least 2 minutes anyway, was the first play of Nicola Roberts new single. Only 2 minutes? Well, the internet is a fast moving place and we all know that bloggers hump and dump tunes as if they were shafting easy whores. We’re basically the attention deficit disorder sufferers of the music scene aren’t we? Don’t answer that, we’ve already turned off and are thinking about something else.

For now though we’ve 100% signed up to Team Ginge, members of whom were thoroughly wetting their pants as Nicola’s debut single Beat Of My Drum got its first airplay last Thursday and revealed itself to be a slightly edgy and choppy mix of Daphne & Celeste, Diplo, CSS and Justice. We always knew that Nicola was the best member of Girls Aloud and this song 100% proves it. Those who frequent Breaking More Waves for cooler than thou indie, soothing organic folk or leftfield electro will despair of our love for pop music like this, but the world be a boring place if we were all gang banging LCD Soundsystem, Arcade Fire and whatever lo-fi buzz band the likes of Gorilla vs Bear and Transparent were kicking out this week. Beat Of My Drum is stupidly unadulterated, insanely fun pop music. Deal with it.

Elsewhere this week, when we weren’t listening to Nicola Roberts, which to be honest wasn't a lot of the time, these tracks nearly but not quite got a full blog post. They form our weekly round-up that goes by the name of the Saturday Surf.

First up D/R/U/G/S is an act that we’ve been championing for a while now, putting the name in our 10 Ones to Watch for 2011. This remix of Love Lust by Family takes the original and subtly blasts it with scraps of white noise, roughing the track up like sandpaper. Nice.

Next is something from the other end of the musical spectrum. Last Sunday Bestival head-honcho Rob Da Bank ran a competition to win 2 tickets for his (nearly now sold out) musical extravaganza in September through twitter. The idea was simple; he posted the title of a song and anyone who wanted to enter then had 7 hours to write, record and post a tune with that title back to him. Devon based singer songwriter Alice Jemima, who we've been charmed with a number of times already took up the challenge of writing something called There's A Bee In My Lemonade. She ended up as runner up, but this simple little beauty has a sense of intimacy and charisma that should have rightfully put her in first place. Extra marks as well for incorporating bee and lemonade sounds at the start of the piece. Keep an eye out on the Da Bank twitter for another 'Song In 7 Hours' this Sunday - and your chance to grab some tickets for one of the best times of your life. (Hint - There really weren't many entries last week so you stand a good chance.)

Theres a bee in my lemonade by Alice Jemima

Finally for this surf, we've always longed to hear Ex Lightspeed Champion and Test Icicles man Dev Haynes rumoured unreleased album of Killers cover versions, but this Prince influenced jam, produced under his new name of Blood Orange is good enough to make us forget about that. It’s that attention deficit disorder again.

Consider yourself one less reader.