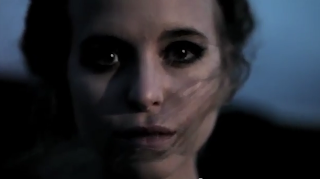 When we originally posted Kyla La Grange’s searing second single Been Better we noted that it was somewhat fiery. Now here’s the video and guess what, there’s actual real burning in it. This means we can use the fiery word again and also throw in other fire related terminology such as noting the seriously large amount of smouldering staring going on here. If we continued in this way (which obviously we're going to do) we could also mention that when that guitar riff crackles in (particularly from 2.25 to 2.39) things move from fire growth to flashover pretty quickly. It’s a smoking track that’s for sure; but really that’s enough bad flame related analogies for one day, we’re off to calm down and squirt an extinguisher all over ourselves.