An Intermission - Back Soon 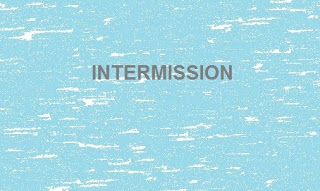 After the festival finishes the blog is taking the rest of the month off to recharge its batteries, but we’ll return with a rather belated review of the biggest festival of them all, Music That Made Me, The Saturday Surf and all the other new musical goodness that Breaking More Waves provides at the start of July.

In the meantime we’ll leave you with an appropriately named piece of music – Intermission by Morphixx. See you on the other side.

Intermission by Morphixx
Posted by Breaking More Waves Blog at 08:30

Email ThisBlogThis!Share to TwitterShare to FacebookShare to Pinterest
Labels: Morphixx