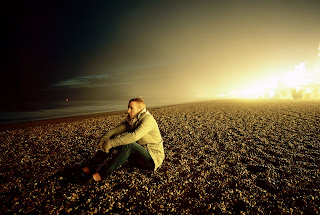 Pat Grossi aka Active Child produced something pretty special with his Curtis Lane EP last year and since then he’s been beavering away on his debut album You Are All I See which is due for release in August via Vagrant records. The first public fruits of his labour come with the track Playing House, which whilst retaining the ghostly electronic beauty of his previous work adds in a new R & B flavour, courtesy of How To Dress Well. Subdued and slow burning Playing House broods with a plaintive melody that despite its computerised base sounds warm, human and emotive.

Rather like James Blake who Active Child played dates with last month in the U.S, Grossi is making music that is engrossing, slow burning and yet accessibly modern enough to appeal to more than just the underground. Do what we’ve been doing and play it over and over again. It’s heavenly out of this world stuff.