Jess Mills - Live For What I'd Die For 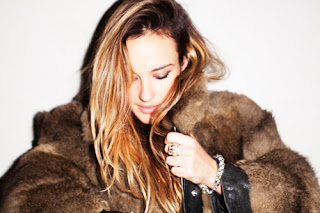 Mixing powerful epic electronica that has elements of the euphoric rush of clubland but then slowed down to create music that is both late night and ear friendly, Live For What I’d Die For by Jess Mills ticks all the relevant boxes on the Breaking More Waves checklist of good music. It’s a tune that exudes spaciousness and stacks of voltage.

Live For What I’d Die For follows on from the Vultures EP which we featured in April, her brilliant cover version of A Forest by the Cure and Fighting Fire. This new single has already received support by Annie Mac and Nick Grimshaw on Radio 1 and now we’re giving it the big thumbs up as well.

If you're new to Jess and her history, have a look here to see her previous band - then after that it's time to press play.

Jess Mills - Live For What I'd Die For
Posted by Breaking More Waves Blog at 08:30