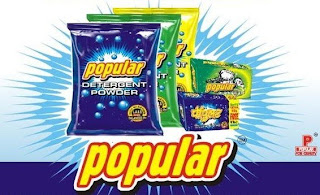 So there you have it. Over the last 20 days or so we presented the Breaking More Waves Top 10 albums of this year and set out who we suspect may be rocking boats on UK shores in 2009.

As we said in a previous blog, 2009 is not so easy to call in terms of One’s To Watch as 2008 was. Even an act like Florence and the Machine, with her Brit Critics Award and NME tour slot is not guaranteed any success. In 2008 acts such as Duffy and Adele with big voices and big songs were easy to spot, having a broad mainstream appeal that were guaranteed to shift units. In 2009 there are no such obvious acts and therefore more risk for record companies. With financial global armegeddon striking all around us and illegal downloading becoming the norm for many, music sales are becoming an endangered species. The risks for record companies in developing and selling new artists has never been greater.

All of the acts listed in the Breaking More Waves Ones To Watch list, and several others that just missed our Top 10 have one simple thing in common however. The power of the song. Irrespective of musical genre, from the bluegrass of Mumford and Sons to the disco of Little Boots, each of these acts produce something distinctively melodic. In a way all of the 10 artists listed are pop, in the true sense of the word; they write songs that are engaging, memorable and melodic, irrespective of genre. Pop music continues to be a melting pot that borrows and assimilates elements and ideas from a wide range of musical styles and it is for this reason that Breaking More Waves will continue to be excited about a range of acts, not just one genre. This blog does not have a singular vision. It’s good to be all over the place, variety keeps things interesting.

Breaking More Waves has long held the view that pop does not just have to mean airbrushed vacuous acts formed and directed by record companies and TV shows. Pop is bigger than that. The Killers, Prince, Amy Winehouse, The Cure and Blur at their best are all great pop acts. Pop does not have to be a dirty word.

This does not mean however that Breaking More Waves will just be covering pop bands, even within our broad definition of pop. Other exciting noise makers exist out there that do not conform to pop structures. These artists very rarely break into the mainstream, and gazing into our crystal ball we cannot see many doing so in 2009, however where they excite us or engage us Breaking More Waves will be writing about them as well.

Ultimately it’s about music. Pop or non pop. Melodic or not. If we like. We write. If we don’t, we probably won’t.

Tomorrow, it takes us to Brighton !
Posted by Breaking More Waves Blog at 02:20

Email ThisBlogThis!Share to TwitterShare to FacebookShare to Pinterest
Labels: Ones To Watch 2009

Hi. I noticed you didn't have Black Poets down on your ones to watch so i thought i would invite you to check them out. They just recorded their debut single and album. (ps. just so you know - I am in no way related to the band - just a recent convert). I saw them support Babyshambles the other day. Original act with an 80s theme running through the music. Check them out for yourself.
www.MySpace.com/BlackPoetsUK