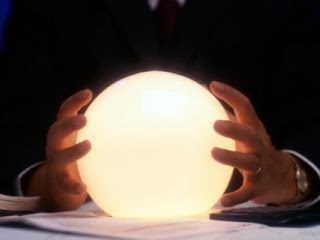 Every year Breaking More Waves breaks into a gypsy caravan, grabs the tea leaves and crystal ball down from a shelf and looks into the musical future.

Last year the Breaking More Waves Top 10 One’s To Watch was published just a couple of days before the BBC Sound of 2008 list and we found a remarkable similarity. This year however there was a certainty that the Breaking More Waves choices would be significantly different to the BBC list, until the BBC published their Sound of 2009 earlier than expected and we stared in horror as 6 of our choices were also on Auntie Beeb’s top 15, although these will be whittled down to 10 in January. However in defence the Breaking More Waves list has been ready for a month now, and there have been quite a few hints as to who we would feature in previous blogs.

Maybe the BBC is using the same crystal ball.

This year Breaking More Waves found it harder to compile a definitive list of ten. In 2007 we thought it was easy to pick Kate Nash (although the BBC didn’t), and in 2008 Adele, Glasvegas and Duffy were easy to spot as well. In other years Coldplay and Franz Ferdinand had hands up from Breaking More Waves, although our selections of bands such as Astronaut and Agnes may now seem to have had a lack of vision.

This year there are another eight to twelve acts that we could have selected for this list, but eventually some had to be discarded. Ten is a number that sounds right for lists. The Breaking More Waves Top 17 to Watch just doesn’t sound right, does it? However for those we have not included, many will be written about in forthcoming blogs after our Christmas holidays.

So for now, grab another mince pie and another glass of sherry, sit back and read about Breaking More Waves Top 10 One’s To Watch. One artist will be published each day, with the first coming in just a short while!

And next year we intend to put our list out right at the start of December before the BBC can muscle in.
Posted by Breaking More Waves Blog at 04:10

Email ThisBlogThis!Share to TwitterShare to FacebookShare to Pinterest
Labels: Ones To Watch 2009