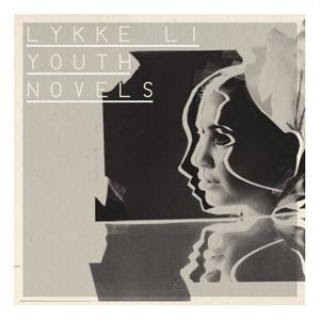 As Breaking More Waves mulled over its one to watch list for 2008, two names that were flagged up were Fanfarlo and Lykke Li. Eventually neither act made it on the list, being narrowly pipped at the post by Glasvegas and The Ting Tings. Then in January both acts played a London gig together at the Hoxton Bar and Grill with Breaking More Waves in attendance. We swooned at Lykke Li and her seductively commanding set and the album due for release later in the year became a must buy.

Youth Novels didn’t disappoint. It’s an album of well crafted idiosyncratic stripped down pop music. Unlike much of pop today, this it is an album of presence and substance that doesn’t rely on overproduction, a few hit singles and a mass of X Factor TV style exposure to lodge itself in your brain. Much of this is down to the minimalist and light touch production of Bjorn Yttling of Peter Bjorn and John fame, who leave space between the sounds to create a focus for what has been recorded. This production gives weight to Lykke Li’s cute fragile voice, her sad lyrics, the rhythmic percussion lines and simple but lovely melodies. From the obsessive love song of Little Bit to the hurting Hanging High where Lykke Li sings sadly “Oh thunder in my heart, these razors cutting sharp, leaves me with an ever bleeding scar, so soft so suddenly, so that I cannot breathe,” this is most certainly adult pop of the very best kind.

In 2008 Breaking More Waves fell in love with Lykke Li. Here is Little Bit, maybe you can see why....

This was one of the first albums I reviewed for Subba Cultcha, I loved it!