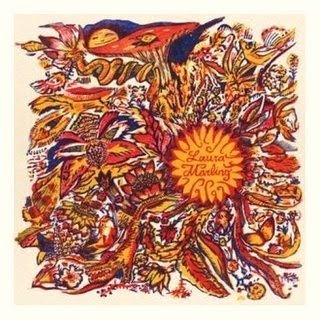 Alas I Cannot Swim by Laura Marling is a bold and creative folk album from a singer songwriter who has arrived without significant hype and is all the better for it. Released last February the album has grown in stature over the year which culminated in a nomination for the Mercury Music prize. It was probably just as well that Marling didn’t win, as the teenager is a shy individual, and the exposure from it may have been too much for her.

Breaking More Waves first came across Marling after hearing New Romantic, which sadly was not included on the album. It has been a love affair with her songs ever since. Subtlety and simplicity is the essence of Marling’s work to date, from the understated backing from members of Noah And The Whale and Mumford and Sons, to the lyrics which are sung in gentle maturity. “And I’m sorry young man, I cannot be your friend, I don’t believe in a fairytale end,” she sings on My Manic And I. These are not the words of your typical happy teenager full of the joys and naiveties of life. This theme of her lack of belief in the permanency of relationships is continued on Ghosts; “Lover please do not fall to your knees, it's not like I believe in everlasting love", she sadly intones.

This sadness is rooted in the country folk heritage of introspection more usually listened to by those in their older years. Yet Marling’s youthfulness has also engaged a whole new young audience more used to bouncing around a moshpit and getting drunk than thoughtful preoccupation of life and its complexities to acoustic music.

Whatever your age, and whatever your thoughts on life however, it would be almost impossible to listen to Alas I Cannot Swim and not agree that it is one of the best albums of the year.

This is the song Night Terror, just one of the many highlights.