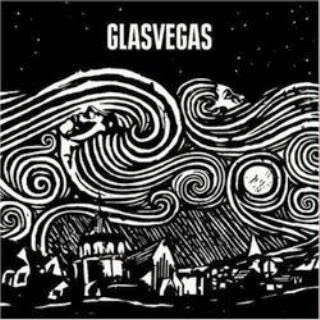 Breaking More Waves third favourite album of the year is the debut from Glasvegas.

When the album finally dropped this autumn many cynics were already writing them off, simply because of the hype they had received. However it is more realistic to replace the word ‘hype’ with the phrase ‘excitement and enthusiasm’ that was generated by a vastly impressive piece of work. The cynics missed an aural treat.

This is a record full of breathtaking, chest thumping anthems formed out of vintage rock and pop sounds that are loaded with emotion and fuzzy guitars. It fulfils all of the promise shown by their early singles and then some, packing musical punch after musical punch with a shimmering wall of sound, booming drums and James Allan’s vulgar but beautiful Scottish brogue. It is an album that is intensely masculine in its delivery and yet often wears its heart fully on its sleeve.

The reference points have been often quoted and are perfectly correct. It’s Jesus and the Mary Chain meets Phil Spector and the Shangri-La’s with a Scottish gangland mentality. But over this wonderful noise there are the songs. Brilliant, uplifting, bruising songs that seem to get bigger and more mountainous with every listen. Themes of social commentary, masculinity and wasted youth cut through the lyrics. The band introduce you to Geraldine, possibly the only song to be sung from the perspective of a social worker, the incredibly sad and poignant Flowers and Football Tops, which deals with the loss of a son and Go Square Go the most joyous song you will ever hear about violence, with it’s football terrace chorus of “Here we fucking go!”

Quite simply Glasvegas by Glasvegas is a staggering record that shows that after the hype at the start of the year, the band could deliver. Here we fucking go indeed !

Unfortunately the bands record company seem to have decided that none of their You Tube official videos can be embedded in blogs, so instead here's a clip of the band playing live on Later With Jools Holland, which lacks the bass heavy atmospheric punch of the album production, but at least gives a flavour.....

Email ThisBlogThis!Share to TwitterShare to FacebookShare to Pinterest
Labels: Best Albums Of 2008, Glasvegas