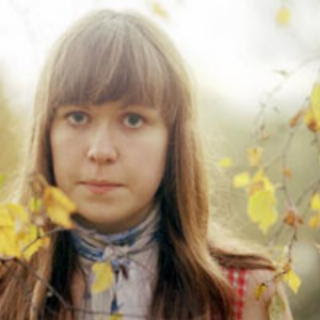 Having featured here on Breaking More Waves twice in the last two months, we feel compelled to place Alessi's Ark in our One’s To Watch list.

Alessi Laurent-Marke is unlikely to find huge commercial pop success, but is certainly an act that deserves to be championed. Her sweet ethereal childlike vocal and delicate dreamlike country-folk pop songs may find a place in the hearts of those who like vocalists such as Joanna Newsom and Junaita Stein of the Howling Bells, but also enjoy much of the current wave of new folk pop such as Noah and The Whale and Laura Marling. Another reference point is Bright Eyes, members of which Alessi has recorded with.

Alessi’s music is the kind of music that would work equally well on a cold autumn night wrapped up in blankets around a warm camp fire or when staring out at the first mists of a spring day. It has a natural and organic feel that bodes well for an entrancing wide eyed love affair of an album. She has recently released The Horse EP, of which the lead song clocking in a just 2 minutes is the highlight. An album Notes From The Treehouse is due for release in 2009.

Alessi has a blog. It’s called The Brain Bulletin. It contains pictures, video, music and snapshots of her world. Have a look.

Here is a live version of The Horse.

Email ThisBlogThis!Share to TwitterShare to FacebookShare to Pinterest
Labels: Alessi's Ark, Ones To Watch 2009