Some More Random Viewpoints On Streaming And Fairness To Artists 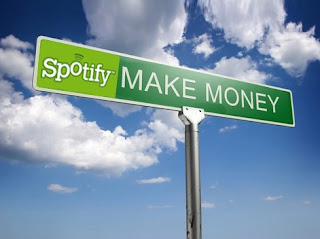 Two days ago we joined the debate around Spotify and Thom Yorke removing his music from the service. One comment left on the post was from a musician who stated that “I just personally think it's disappointing that something that gives all our lives so much joy and worth is deemed to be worthless by some in comparison to record labels and a business. Nobody is crying about not getting paid enough, just that it isn't fair in a comparison to the cut the bigger cats are taking.” It’s a good point and it got us thinking. If the amounts that new and entry level musicians in particular are receiving from Spotify are unfair, what is fair?

In a completely unscientific piece of research we canvassed artists and consumers that we know as well as a few of our twitter followers. Could we put a value to what was a fair price for streaming? The answer was a categoric no.

As we discussed the issue it became apparent there’s a very wide range of views on what is fair, what people are prepared to pay, what and how they think artists should be paid and what value people place on streaming.

However there were a few minor consistencies and so we’re posting them here for anyone who’s interested.

Here’s what we found:

1. There’s a difference between what artists think is a fair price and what consumers think is a fair price for what should be paid to an artist from a streaming service and what companies should receive. Interestingly a number of artists gave us prices of what they thought they should be paid from streaming that are higher than possibly any artist has ever had in terms of royalties from physical sales!

2. There was a big lack of knowledge and misinformation around about Spotify. A lot of people think Spotify is making huge profits, whilst actually it has reported a loss the last few years and its licensing costs are heavy - the company pays 70% of its revenues in licensing fees and as this article suggests, its business model is still unproven.

3. There’s a lot of punters who think that streaming should be free, particularly amongst the younger people we spoke to.

4. There’s a fairly sizeable pool of consumers out there who loathe streaming. Interestingly the vast majority are what we’d consider passionate music fans. Yet when we asked what they didn’t like about streaming it had nothing to do with the sound quality or the music itself, but the fact that they didn’t own it or it wasn’t something physical. Yet ultimately music is a sound  but it seems that for many music fans it’s not just about the sound, it’s about ownership, about the thrill of a purchase, the touch and the design of the packaging / artwork. Only two people we spoke to (both artists themselves) said they bought physical rather than streamed because they felt they were supporting the artist more.

5. There’s also a pretty big group of people (and Breaking More Waves falls into this category) that like streaming, but also buy MP3’s and physical product. A lot of these people like the convenience of streaming but also like the better sound quality of physical products and  often use streaming to decide what they’re going to buy physically.

6. It's not all about new artists. Many people love Spotify because they can investigate back catalogue cheaply. For example one Breaking More Waves reader told us that he's never listened to The Fall but because of Spotify had been able to investigate them and realise they weren't for him, saving him money in buying albums he's never play again.

What do you think of streaming? And what sort of payments do you think artists should receive? What is fair? Should artists on Spotify accept that its a growing business model and if they want it to succeed and ultimately pay them more they also have to 'invest' and accept that in the early years payments will be low?