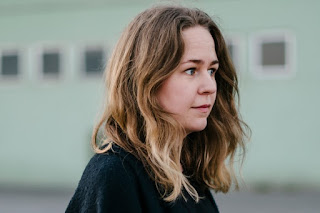 From Springsteen’s cassette tape recordings that formed his classic Nebraska LP, to PJ Harvey’s 1993 4 Track Demos record to the more recent Acousmatic Sorcery by Willis Earl Beal, there’s a history of artists releasing material recorded with crude equipment that’s more powerful in its delivery because of its lo-fi simplicity.

Entering this ring is Alice Boman, a new songwriter from Malmö, Sweden who has produced a raw and fragile sounding EP called Skisser (which means Sketches) released through Adrian Recordings. Sketches seems the perfect title as the songs on the EP were recorded in her own home, lacking the studio quality gloss or flesh that we often expect, yet the undeniable ghostly and intimate quality of the music conveys everything you need to know.


The stand out moment is Waiting, which has a simple but strangely mesmerising video to accompany it. The first time we heard this song was one of those stop you in tracks, ‘what is this?’ moments. It really is rather beautiful.