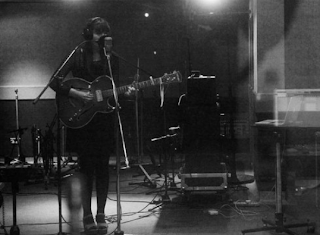 Back in 2011 Chet Faker’s cover of Blackstreet’s No Diggity became a huge online hit. Now Devon based singer songwriter and Breaking More Waves regular Alice Jemima adds a female slant to the song and we suspect that Dr Dre would approve hugely. Instead of her typical Hofner guitar led sound Alice drips the song in late night sultry beats and keys that set the tone for just under three minutes of post XX pop with a twist. Did we mention Alice’s voice? How could we not? More seductive and sensual than we’ve ever heard it, her candied tones have sent us scurrying to the Thesaurus to seek out as many words for gorgeous as we can find.


This one has to be listened to on headphones, it’s one of those.