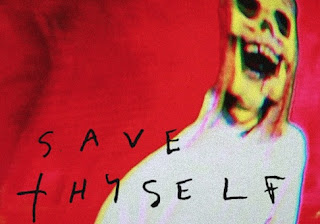 Welcome to the weird electronic circus freak zone of Clarence Clarity, a producer (at least we assume it’s one person) who seems to be named after that meme (click here if you don’t know what we’re talking about) and appears to be big on religion referencing titles.

Despite some google detective work we know very little about Mr Clarity. Here’s what we do know…

1. He released his debut track 4GODSLUV late last year to the internet – an intense, lurching piece of sample based electronica that made us wonder if Jai Paul had got a bit dirty whilst acting under a different name.

2. Earlier this month a further track followed. The Gospel Truth is even odder than 4GODSLUV. Yet underneath the disturbing child-like cartoon vocals, gnarly noise, lead heavy bass and video game effects there’s a hooky pop chorus waiting to be discovered. This is probably very wrong to admit but we can imagine doing some very sexy dancing to this track.

3. Put the two tracks together and what you have is something unnaturally brilliant, messily inventive and likely to make your parents shake their heads in disdain and mutter ‘that’s not music’. If they do, just remember; THEY KNOW NOTHING AND ARE WRONG. It’s their job as parents to be so.

4. We have no idea who Clarence Clarity is, but we really don’t care when he’s banging out bubblegunk tunes like this.

5. The video for The Gospel Truth (here) continues the attempts to queer you out; lip-synching skulls, NSFW boobs, distorted family portraits and gun toting masked Halloween scaries all feature. Its low budget appearance displays a wealth of imagination.

The debut EP, entitled Save †Hyself (more religious titling) will be released through 37 Adventures on September 17th and will feature 4 tracks, The Wow (which is just over a minute long), Alive In The Septic Tank, The Crux and The Gospel Truth (streaming below). Pre-order it here.